IMPORTANT UPDATE FOR OUR PATIENTS

“PLEASE USE SUNSCREEN!” If Not for Us, for Hugh Jackman 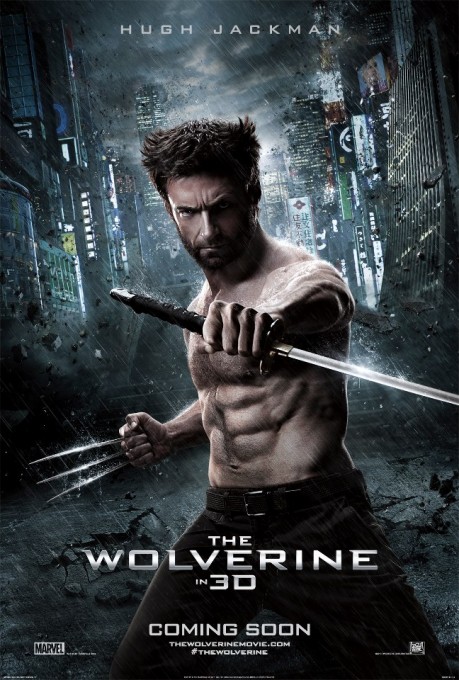 Yada yada yada sunscreen. We know, you’re tired of hearing it. But if you won’t listen to us, how about a sunscreen public service announcement from Wolverine? Or Jean Valjean?

The actor Hugh Jackman is known for his rugged Aussie good looks, his superhero physique, and his Broadway show-stopping musical pipes. But in the past couple of weeks it’s Jackman’s skin that’s made news, as the Golden Globe and Tony award winner took to Instagram with a selfie of his bandaged nose. Confessing he’d just had surgery to remove a fifth basal cell carcinoma, Jackman took the opportunity to plead with his fans and followers: “PLEASE USE SUNSCREEN and get regular checkups.”

We applaud Jackman and second his appeal. And we want to take an opportunity of our own to dispel a couple of sunscreen myths that showed up, unfortunately, in the comments under his Instagram post.

Myth #1. Real men don’t use sunscreen. Jackman has confessed to falling for this one. In his home country of Australia (which has some of the highest rates of skin cancer in the world) the outdoor lifestyle and tough-guy Ozzie spirit don’t put much stock in UV protection or skin care. Jackman is hoping his example will help change that.

Myth #2. Sunscreen causes cancer. This dangerous myth showed up far too frequently among responses to Jackman’s plea. Commenters claimed skin cancer rates have only begun increasing since sunscreen use has been recommended. Wrong! More awareness and more frequent skin checks, with earlier diagnosis and treatments, are what’s behind rising skin cancer rates–and cures. Also, the damage now showing up as skin cancer in adults was more than likely done years ago, before sunscreen use was popular. There is also a lot of dangerous misinformation out there about the chemicals contained in sunscreens. Contrary to myth, these are not carcinogenic! You may have a sensitivity to particular chemicals that causes irritation or an allergic reaction. In that case, choose what’s called a physical sunscreen–one that uses minerals to block sun damage without irritating sensitive skin.

Myth #3. The best sunscreen is “natural” coconut oil. Coconut oil is indeed natural, and contains lots of good fats. But slathering fat on your skin doesn’t protect it from UV damage any more than slathering olive oil on chicken breasts before grilling them protects the meat from cooking. Back in the day, when tanning was in dangerous fashion, sunbathers often used coconut oil, cocoa butter, baby oil (mineral oil), and other fats to speed the browning of skin. All tanning did, though, is damage–leaving behind premature aging, wrinkling, dark spots, and a highly increased risk of developing the deadliest form of skin cancer, melanoma. (Myth #3a–that skin cancer can be cured by applying a paste of coconut oil and baking soda to the lesions–is an even more dangerous offshoot of this misinformation.)

So take it from Hugh Jackman. Please use sunscreen (talk to us about the product that’s right for you, and how to apply it effectively) and get regular checkups (call us now, so you don’t forget). Wolverine’s nose knows! 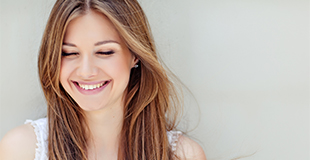 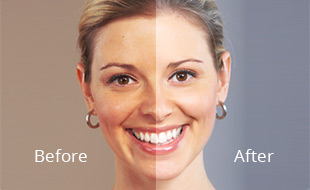 To begin, Emily at the front desk is so kind and responsive on the phone. The office is gorgeous and impeccably clean. Most importantly, Dr. Gaspard is such a great doctor... welcoming, thorough, and a great listener. Her nurse was very kind as well. All doctors should be as great! Thank you Comprehensive Dermatology!

Dr. Black and staff and the lovely Lydia at Comprehensive Dermatology. A million thanks for a most pleasurable, relaxed and painless visit. Dr. Black, Lydia, and Johanna...you always make my visits less intense than I make them. My doctor fears...ugh! A grand thank you for getting me all sorted last Wed.

Dr. Gaspard- Saw you today in your office - but wanted to drop you a note to say "thank you"- I have always been aware of my acne scars and never able to do anything. You were able to really minimize these scars with filler, and skill. So happy!

Dr. Gaspard - I wanted to thank you for what you did for me last week on my face. I have suffered so long with acne, and then the effects of menopause, and I finally feel like i'm getting my life back with the procedures. You have always made me feel comfortable and I appreciate you taking the time to show me that we can help the issues with acne even at 45! I look forward to seeing you soon & again thank you for being so generous. Sincerely, Julie

My gratefulness, thank you again so much!

Dear Dr. Gaspard, I wanted to take this opportunity to say “thank you” for my complimentary service this past Thursday. It was completely unexpected and I truly am grateful. I absolutely love what you have done and looking forward to future visits to your office. I know this little gift is nothing compared to what you have given me but I hope it shows my gratefulness. Thank you again so much! PS I will make sure I compliment you and your staff on Yelp and to all my friends!

Dear Dr. Lee, I came to your office on 8-6-15 with great dread in my heart. My nerves were immediately calmed by your confident manner and the luxury of a private room for the day. I want to thank you so much for the terrific outcome of my cancer surgery. My nose has healed beautifully. Thank you.

Mary Lou, Just a brief ‘Thank you’ for taking the time to meet with me today. You have a wonderful office and pleasant and calming environment. And the staff I met were very kind. Again, thank you.

Dear Dr. Lee, I am so happy, I don’t have ugly cyst anymore. You are a excellent wonderful doctor. I am very thankful, thank you so much! I hope to see you again.

Thank you Dr. Lee for taking such good care of me. You are the best!

Dear Dr. Lee, Thank you so much for contributing to our book. We are very appreciative of the expert advice you shared with our readers. Best regards, Karima and Linda

Dear Dr Gaspard! Thank you for the amazing results of my botox & juvederm the other day. I’m very happy with my more youthful look!

I already referred my girlfriend to you!

Dear Dr Gaspard, Thank you again for the beautiful injection work!! I look so much better & younger!! I love you & your staff

I will continue to refer patients to you, as always because you are the best at what you do

Dear Sara, Thanks for being the best doctor I’ve ever had. If you ever need anything, please feel free to contact me. All my info is on the card. Thanks for just being you – It made a big difference in my life.

To the staff at Comprehensive Dermatology, My name is [removed]. I recently was honored at the City of Hope Vintage Treasures Breast Cancer fundraiser. I thank you from the bottom of my heart for the very generous gift certificate. Chemotherapy has really damaged my skin and I am looking forward to getting help from  your team. Thank you and God bless you.

Dear Dr. Gaspard, OMG you are SO sweet! Thank you so much for my Botox®, you made my day. Coming to see you is always such a pleasure. Thank you for all you do to make me feel pretty, especially in such a stressful time.

"Dr. Han Lee and Staff - with the eyes of an eagle, and the firm grasp of a superior surgeon, Dr. Han Lee performed a procedure that would transform my life. Dr. Lee, I am privileged to know you!"

I was referred to Dr. Han Lee in 2012 when my dermatologist determined I needed Mohs surgery for a basal cell problem on my nose. In my consult appointment, Dr. Lee explained the process and provided literature and instructions to prepare for the surgery. I was relieved I could drive myself which was important in my situation. Dr. Lee and her nurses were competent, confident, informative, calm and very supportive throughout the time I was there for the surgery. A skin graft was required and it went smoothly and has healed beautifully. Based on my experience and satisfaction, I would confidently refer anyone needing Mohs surgery to Dr. Han Lee.

I had a great experience at CDCOP today! I went in for laser hair removal on the lower half of my legs. I was a little worried about the pain, but they gave me a numbing cream so I barely felt anything! The price is hard to beat, and the staff is really helpful and nice! It’s rare to find a doctor’s office that you can feel comfortable in, but I actually enjoyed my visit today.

I recently had a chemical peel and it was great. I love this place—it’s extremely nice, convenient, and everyone who works here is so professional and friendly. I will always recommend Comprehensive Dermatology to friends and family.

I spent most of my life sunburned. Now I have the top dermotologist around. Dr. Quinn reassures me I don’t have cancer and even says my skin is uncomplicated. Uncomplicated! I like the sound of that.

Dr. Quinn is calming, patient, honest and I have never had to wait for any unreasonable amount of time. It was not easy getting used to her checking nearly every part of my body for skin condition, but I know now that it’s a sign of her thoroughness and professionalism. I highly recommend her.

I love Dr. Butler. I went to her with really bad cystic acne and she cleared it up within a few weeks. She’s very no-nonsense, very compassionate.

Dr. Butler is the best! She cleared up my son’s acne really quickly. He is ecstatic. Nothing could make me happier (except winning the lottery maybe)!

Dr. Gaspard graduated top of her class from USC and is on the cutting edge of the latest and greatest. I had no idea how easy it would be to erase 10 years off my face. The laugh lines literally disappeared off my face instantly. It’s been a year, and I still look completely wrinkle free. This girl is good! I also got laser hair removal, and it changed my life.

Since starting to see Dr. Gaspard my skin has never looked better. She is thoughtful, thorough and gets it right. She is also patient will all my questions. She insisted on a follow up after my appointments to make sure I was getting the results I wanted. And I am. I have and will continue to recommend her to my friends and family.

Dr. Lee is an excellent dermatologist. She is extremely knowledgeable and very friendly. Both my mother and I see her for mole-related issues and we are always impressed by her work and expertise. The clinic is super clean and the entire office staff is friendly and efficient. I have also seen the aesthetician here and she is very nice as well.

Dr. Lee is awesome all around . . . one of the best doctors I’ve ever been to, and certainly the best dermatologist. The CDCOP office is gorgeous and her touch is like, well, magic. After suffering for years with terrible acne scars on both cheeks, Dr. Lee smoothed my skin and literally changed my life. Love her! 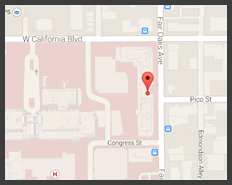 At the Comprehensive Dermatology Center of Pasadena, our board certified dermatologists have served the community for nearly 30 years providing a complete array of dermatological treatments and services to the greater Los Angeles areas such as Glendale, Burbank, Alhambra, Altadena, and Arcadia in California. Together, our skilled doctors provide general dermatology, cosmetic dermatology, restorative treatments, Mohs skin cancer surgery, and non-surgical techniques such as Botox, Juvederm, Voluma, laser hair removal, skin rejuvenation and more. Our doctors are dedicated to providing the highest quality of care and treatment along with outstanding personal customer service.